I became a father, what will happen with Against the Compass?

Hey, guess what… I recently became a father!

It’s bloody crazy, I know, and I still can’t believe it but, on August 13th (2021), we had one little, healthy and adorable baby named James.

His mum is from Mexico City, so people wonder why we chose such a classic, English name. The reason is that, on my dad’s side, I have a lot of family from the United States, so we decided to name him after my deceased uncle, James.

Anyways. Having a little baby is something that absolutely nobody was expecting from me – and neither was I.

At 33 years old, you rarely find people with a similar travel lifestyle who also happen to have kids. Within the travel world – in my circles at least – I am a rare find, a particular case, so it is no wonder that I am lately getting swamped with the question:

Are you going to stop traveling?

To be very honest with you, I am scared as fuck, scared of the huge challenge I am about to face, which is finding the perfect balance between being a responsible father, and a traveler.

In this post, I wanted to tell you what my life is going to be like from a travel perspective, as well as about the future of Against the Compass, while answering the most common questions.

Are you going to settle down, now that you are a father?

Yes, obviously, but this is something which was already in my plans.

After several years of living abroad and backpacking around the world non-stop, some time ago I announced that I was planning to end my permanent vagabond life because I was exhausted from traveling long-term.

Basically, I really needed to find an actual home, whatever that was.

Not that I wanted to end my travel career, but I just wanted to take things easier and have a place to return to after a several-week trip.

In fact, that’s what I have been doing ever since: living in Barcelona and traveling for 1 month every 2 or 3 months – and it does feel awesome. Honestly speaking, having a baby wasn’t really in our short-term plans after settling down but it happened and, since we were in Barcelona city during my wife’s pregnancy, we decided to settle here, which is all right.

Will you stop traveling?

My travels won’t stop because traveling and exploring off the beaten track countries is directly related to my happiness, plus it’s an essential part of my online travel-related job, and my wife knows that.

Nevertheless, the way I approach my travels will definitely change, in the sense that they will become more strategic. This means that I won’t be traveling 10 weeks in a row with no particular plan, but I will target one specific destination and visit it in the most efficient and effective time frame.

While I have always been a big fan of slow travel, and not a big fan of planning too much and booking round-trip tickets, that’s a small price I need to pay if I want to be a responsible father.

With this new approach in mind, I plan to be away around 15 weeks a year. That’s a lot of trips and destinations to cover.

Will you travel with your son?

In fact, at less than 1 month old, he has already gone on a multi-day road trip, staying in hotels!

We visited Priorat, a wine region within Tarragona province in Catalonia, and we are already planning to take him around Europe in the next couple of months. I really want him to grow up getting used to being on the road, to the different smells, sounds and voices, adapting to new climates and situations. While he will not remember any of those trips, something must remain in his natural instinct. The sooner he starts, the better.

When it comes to taking him with me to offbeat countries, right now he is still too young but as soon as his mum (and pediatrician) give me permission, I intend to take him with me to the destinations I like. I won’t be taking him to places like Syria or Mali, but he can definitely visit peaceful countries such as Kyrgyzstan or Iran.

What will happen with Against the Compass blog?

Against the Compass was created with the sole purpose of sharing tips for traveling to off the beaten track countries, and that’s what we have been doing ever since.

Its raison d’être has never changed but travel blogs are brands with a strong personality, which is directly related to the author’s preferences and readers’ interests, and these interests and preferences do change over time.

When I first started blogging back in 2016, I was an extreme budget backpacker and by extreme, I mean that I used to do things like hitchhiking from the airport to the city center, like I did in Beirut. My blog used to have plenty of these tips but, over time, I changed my travel style, shifting from being an extremely poor backpacker to being just a traveler who travels on a normal budget – and you probably have changed too.

Furthermore, I also realized that people who read my blog were those interested in off-the-beaten-track countries, regardless of their budget, so I stopped putting a strong focus on that, and eventually just focused on giving tips on how not to fall into tourist traps and getting the best price for what you try to get.

Read: How to start a travel blog

Where do I want to go with all this?

Does this mean that Against the Compass will now focus on traveling with kids?

I don’t think so. As I mentioned before, I’ll keep traveling and, in the future, I do hope to bring my son with me, but Against the Compass will never lose its actual essence because I’ll keep going to the same type of destination, and I’ll keep sharing inspirational content and tips about off the beaten track countries, practical information for the traveler, regardless of whether you travel solo, or with your partner and kids.

Will there be the occasional post about traveling to Eritrea with kids?

I don’t know, maybe, if I find it to be relevant but in any case, kid-related content will just be 1% of the total Against the Compass content, and the only potential change here is that I won’t be sneaking into forbidden areas like the Lebanese-Israeli border, or border towns between Pakistan and Afghanistan.

What about Against the Compass EXPEDITIONS?

After the super successful expedition to Kurdistan in May 2021, we have 6 more trips scheduled until March and we are about to add another two in February. Find more details here.

Against the Compass EXPEDITIONS is going to be the next big thing happening on this blog. As you may know, I am in the process of building an actual travel company and I believe this will help me a lot to keep the balance between travel and family, since my main approach is going to be traveling for opening new routes, while taking occasional groups, and updating my existing travel content.

Relying solely on blogging would be much more challenging since it involves creating a lot of new content for new destinations, which is extremely time-consuming.

Exciting times. Thank you for reading 🙂 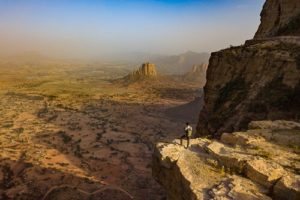 Why I don’t want to become a YouTuber or Vlogger 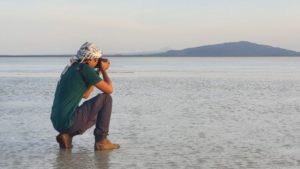 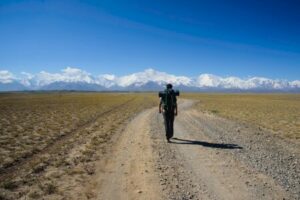 Should you quit your job to travel the world? 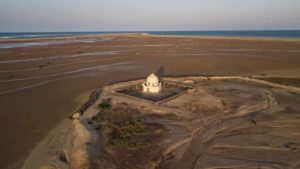 5 Reasons why I am done with long-term travel