The best 15 books about Georgia

Located on the crossroads between Europe and Asia – where tens of civilizations have left their footprint –  is the heart of the Great Caucasus, once part of the Soviet Union, the country where Stalin was born, home to a very distinct culture, and the former Soviet country with the strongest national identity.

Georgia is a fascinating destination but, as happens with most countries in this region, both its history and culture are extremely complex.

That’s why, before going on your trip and in order to understand all this complexity, I strongly recommend you read one or two books about the Caucasian country.

In this article, I wanted to show you the best books about Georgia (Caucasus)

For all my personal travel tips, don’t forget to read my guide to visiting Georgia

The best books about Georgia on:

The best book on Georgian politics

Mary Russell is a British traveler who backpacked across Georgia shortly before the fall of the USSR, and her book describes her first-hand impressions of the rise of Georgian nationalism and the movement for secession from the Soviet Union.

This book about Georgia country that will help you understand why Georgians have such a strong national identity, compared to other former Soviet nations.

Georgia Diary: A Chronicle of War and Political Chaos in the Post-Soviet Caucasus – Thomas Goltz

In this extremely insightful book on Georgia (Caucasus), Thomas Goltz – who wrote similar books on Azerbaijan and Chechnya – tells all the struggles Georgia went through after gaining independence from the Soviet Union, including separatist conflicts (Abkhazia), the war in neighboring Chechnya, corruption, crime, and endless political problems.

The political situation of newly independent Georgia was absolutely nuts from 1991 to 2003, and this book reflects it all in such an intriguing way.

The best books on Stalin’s life in Georgia

As you may know, Stalin was Georgian, and these two books talk about his Georgia-related life.

My Dear Son: The memoirs of Stalin’s mother – Ekaterine Jughashvili

The Ministry of Internal Affairs in Georgia kept a transcript of the memories of Ekaterine Jughashvili’s memories, which they compiled into a revealing book that talks about Stalin’s Youth, as well as her personal life.

Simon Sebag is a historian who, based on 10 years of deep research, tells us how a boy born into poverty, yet very talented, became one of the cruelest tyrants in modern history.

The best books about Georgia history

The making of the Georgian nation – Ronald Grigor Suny

History lovers will love this one, the most comprehensive history book on Georgia, covering from the first millennium B.C. to the 21st century, and including a very deep analysis that will help you understand the reality of Georgian nationalism.

Despite the fact that Georgia has been invaded by countless civilizations and empires, the people have always managed to keep a strong national identity and, in this book, Ronald Grigor Suny will help you understand why.

A little war that shook the world: Georgia, Russia and the future of the West – Ronald Asmus

In 2008, Georgia went to war with South Ossetia, a separatist region within Georgia that had the full support of Russia, which ended up into a military invasion of Georgia by Russian tanks that went as far as Gori, an industrial city located only 50km from Tbilisi and today, a very touristic city as it is Stalin’s birth town.

The book talks about this sad episode of Georgia’s history, and not only that but Ronald Asmus affirms that this Russian invasion was a strategy that Moscow had been planning and shaping for years, with the objective of showing the West its influence and power in the 21st century.

The best travelogues on Georgia country

Bread And Ashes: A Walk Through the Mountains of Georgia – Tony Anderson

If you were traveling to Georgia and wanted to read just one book on the country, I would definitely recommend this one.

The author Tony Anderson traveled across the Georgian mountains in 1998, on foot, through Tusheti, Khevsureti, Racha and Svaneti, the four main mountain regions in the Georgian High Caucasus.

In his journey, Tony Anderson discovered something that I have always said in my articles, which is that, despite belonging to the Soviet Union and, basically, being the crossroads of the world, this part of Georgia managed to keep their culture and ancient traditions intact.

This book is great not only for understanding Georgians’ national identity but also for learning about Caucasian ethnicity and culture.

This isn’t a travelogue as such but it narrates the adventures of an explorer in Georgia.

Did you know that the 2 deepest caves in the world are in Georgia?

Actually, they are not in Georgia (technically), but in the unrecognized republic of Abkhazia.

Krubera cave is a monster cave which was not discovered until as late as 2000, and it wasn’t properly explored until 2004, when Alexander Klimchouk spent months in the depths of this supercave, 2 miles straight down from the surface, and several miles away from the cave’s exit.

In the book, James M. Tabour describes the absolutely crazy and insane adventure Klimchouk went through.

Wendell is a British lady who quit her job at Time magazine and moved to Georgia.

Over 20 chapters, Steavenson narrates her first-hand experiences in the Caucasian country, ranging from vodka-drinking nights to love stories as well as all the political events from the time she was there.

A great book for understanding Georgian culture from a traveler’s point of view.

Novels and other books about Georgia (Caucasus)

Ali & Nino is the local version of Romeo & Juliet, the love story of a Christian Georgian girl and a Muslim Azeri boy, two lovers with completely different backgrounds, but to make it more interesting and not as cheesy as it sounds, the book is written in the historical context of World War I and the Russian Revolution.

Flight from the USSR – Dato Turashvili

Written by one of the most famous Georgian writers, Dato Turashvili, this novel is based on the unfortunate events of 1983, when 7 young Georgian boys hijacked a plane heading from Tbilisi to Leningrad, in a desperate attempt to escape from the USSR.

They planned to land in Turkey but they failed and were subsequently imprisoned, some of them executed as well.

Dato Turashvili is the master of drama and he is able to reflect the situation in an impeccably compelling way.

For the Love of Wine: My Odyssey Through the World’s Most Ancient Wine Culture – Alice Feiring

Alice Feiring traveled to Georgia in 2011, and one of the things that amazed her the most was the country’s wine culture, not only because the wine was as good as any in other famous wine countries, such as Italy or Spain, but also because she met plenty of peculiar characters – from bishops to artists – who still produced it like their ancestors used to.

Alice takes us through tales and stories about all the wine-related people she met on her journey across Georgia.

The best travel books on Georgia

Against the Compass guide to Georgia

The first travel guide I’ll recommend is mine: Against the Compass guide to Georgia is a comprehensive travel guide I wrote after living 7 months in the country.

241 colored pages packed with all my personal tips and recommendations.

Moreover, it puts a special focus on off the beaten track destinations, all are first-hand experiences and it is much cheaper than the Lonely Planet or the Bradt Guide.

After the Against the Compass Guide, Bradt has the best book guide about Georgia, with plenty of insights and a great overview of all the things to do in the country.

I always prefer Bradt over the Lonely Planet because they are much more informative.

If you are visiting the 3 Caucasian countries in one single trip (Armenia, Georgia, and Azerbaijan), you may want to get the generic guide to the region.

Not a bad guidebook but obviously, the information is quite limited, as they try to squeeze 3 countries in one single book. 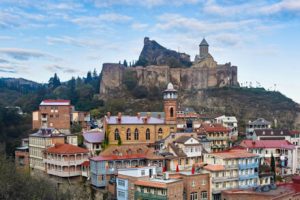 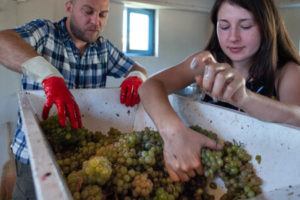 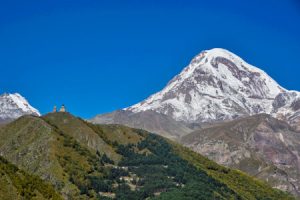 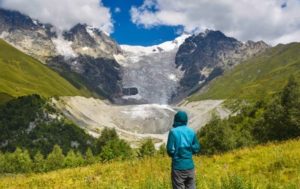